You have been re-directed here as a result of the integration of Koru Consulting, The SalesPulse Academy and Productive Sales Professionals, bringing you all the benefits of our individual expertise under one brand.

So why should you trust us? Because we deliver for our customers.

You can read a sample of our Customer Case Studies here. For more, or for further details on how we might be able to help you, contact us today.

The Koru Conference – Voice of the customer

“It was good to be part of a fantastic event last Wednesday with location, presenters and content first class”

“Once again thanks for an excellent day… I came away feeling inspired and pretty much spent two hours on the train back home typing notes from the presentations”.

“Really enjoyed the session. Lots of discussion and inspiration”.

“Thanks for inviting me to your sales conference yesterday – which I thought was excellent”.

“I thought your choice of speakers was excellent and the content they shared was refreshing, pertinent and real”.

Why Koru? – Koru sends out a regular newsletter on topics of interest and importance for sales. I’ve been reading them for some years and was impressed with the clarity and simplicity of the comment and advice so when I was looking for help with my sales function I turned to them to see what they could do.

What did we need? – While our sales figures were good and growing, I felt that we could accelerate the business by introducing more consistency and structure into the sales process. Too much time was being spent on low value sales or opportunities which were going nowhere.

What did they deliver? – Koru provided us with a concise and clear analysis of our problems – quality of qualification, sales process, and consistency of forecasting. They assessed the current sales skills of each salesman e.g. call planning, objection handling, questioning, and devised a programme to address these problems.

What benefits did we gain? – We now have a consistent, easily understood set of qualification criteria which help us to qualify quickly and consistently and a clear sales process, both of which have been integrated into our CRM system. Freshening up basic sales skills has been a key part of the programme and a simple, clear approach to forecasting based on a three-month rolling forecast by sales opportunity has been introduced.

Koru’s work has supported us in growing the business by 24% in 2011, and we have come to regard Koru as a partner rather than a supplier”.

“I have found working with Brian Sellers to be stimulating, thought-provoking and demanding. Brian very quickly understood the core requirements of our business and worked with our senior team to draw together a strategy for growth and development of our business. He was insightful and drew from his varied business experiences to guide us towards solutions. I recommend him to any business looking for new focus on their core strengths and their customers”

Commonplace, a start-up internet company based in London has a great product and outstanding reviews for their digital engagement and consultation services.  The challenge they faced was taking advantage of the opportunity they had identified and build a sufficient ‘head of steam’ to capture market share and awareness and create a de facto standard.

At the time, they were only 7 people strong, all of whom were fully employed developing the platform and services, some selling or running the company. They simply didn’t have the human bandwidth – or Marketing funds – to spend on a big sales blitz.  So, what could they do?

The obvious thought was to recruit a dedicated sales person.  Easier said than done though for a start-up business.  How would they attract the right calibre of person?  How quickly could they find the right person?   In such a rapidly evolving environment, what expertise did they really need?

Initially, the decision was taken to recruit a V.P. of Sales to drive the commercial side of the business.  Mike Saunders, the CEO, was introduced to Steve Rowe, a director of Koru to start the recruitment process, but after the initial meeting, the brief took a dramatic change.

Steve knew that to find the right person would take too long and be too expensive.  He also looked at the option of using the budget for a VP of sales in different ways There was a  risk  and so Koru presented a radical alternative – an interim Sales team ‘out of the box’.  Given the vast experience within the Koru team, it was agreed that there was a better chance of reaching the market quickly, using our expertise and experience.

“We knew there was a risk in deploying Koru as a ‘pop-up sales team’, but Steve’s approach to the problem gave me confidence in Koru’s ability to meet the challenge – and crucially, more than our original plan”

So, we were up against it with the pressure to deliver from Day One.
Over the course of the following 12 months, Koru built a sales structure, a set of processes and helped Commonplace secure a record year of growth, 60% in fact. In addition, we were able to lay the groundwork for the successful recruitment of 4 permanent sales heads, which we also managed.
According to Saunders “Koru’s real strength was in their ability to pick up the key messages, turn them into compelling value propositions and get them out to market quickly. They operate as though they were Commonplace and the overall team work was exemplary. I was amazed at the passion and commitment of every member of their team – and delighted with the results too. It was a real learning curve for me to witness how Koru helped us build a disciplined sales process, which will stand us in great stead for the next phase of our growth. I would recommend Koru, unreservedly. A great team, which really went above and beyond to contribute to our success.”
So, if you want to take advantage of a market opportunity quickly, or just want some advice on how to improve your sales effectiveness, call us on… 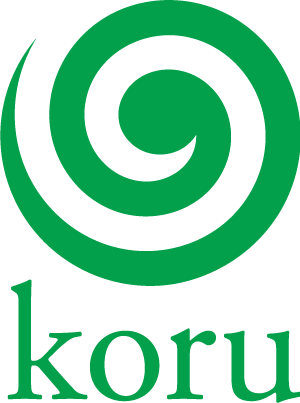 How can we help

SEND US A MESSAGE